Deceptively tough.... as the climb itself is never steep; rarely over 6% and with a few long sections of gentle incline. It is long, and if you face a headwind it can be a difficult climb.

At 2057m it is a fairly high crossroads. Sitting at the bottom of the Col du Galibier it is often overlooked, unless of course you are cycling from Allemont approaching the Galibier in which case you will know it quite well. You can also approach the climb from Briançon (east).

The Col du Lautaret is on the route from Grenoble to Briançon and the road includes a number of tunnels. The longest two are 750m, and whilst they are lit, it is definitely necessary to have rear lights. Even Alberto Contador is not exempt from this, as he was stopped by the French police when doing a reconnoiter for the 2011 Tour de France!

The village of La Grave around half way is a good place to take a break; both for the views and to get something to eat as there are a number of bars, cafes, and patisseries in the small ski resort. The spectacular Ecrins mountain peak that encompasses this area is called ‘La Meije’ and at 3983m, is one of the highest in the area. After La Grave, the road steepens a little and the valley opens up. There can be a headwind along this section so the last part to the summit of the Lautaret can be tough. Fret not though because at the top you will also find a choice of places to eat and drink or just indulge in a well-earned rest. The western descent features in the La Marmotte cycling Sportive in July. 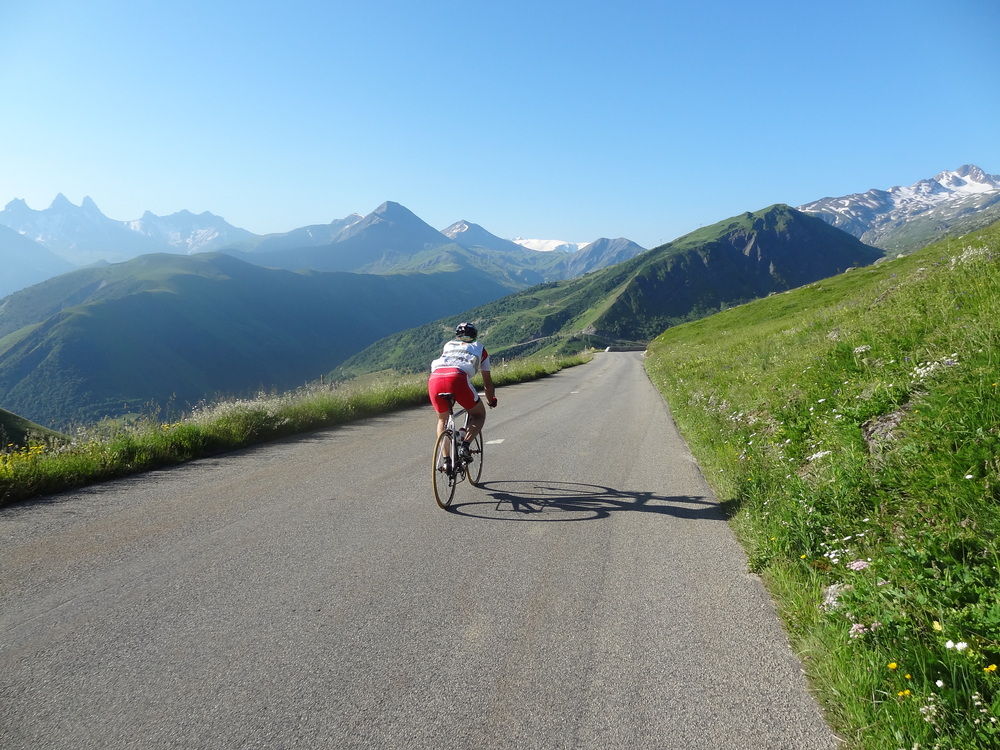 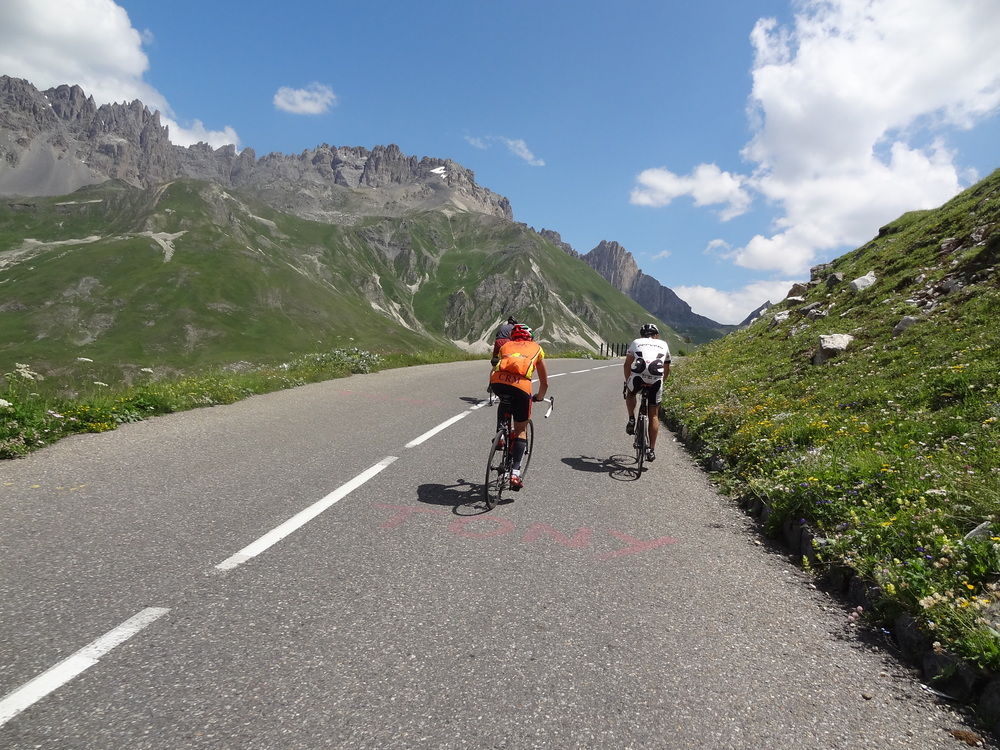